Corcovado National Park is located on the Osa Peninsula, on Costa Rica’s southern side. The magnificent beauty and spectacular vista make this park one of the most isolated rainforests in the country. It’s also home to a remarkable selection of trees, endangered plants, and animal species.

Even though this park is unique and breathtaking in all of its features, it’s also worth mentioning that this is a very remote region. Visitors only have access to a limited number of restaurants and hotels within the region. It’s another reason why Corcovado’s trail system is ranked among the best in the world.

Corcovado National Park is spread over 133,000 acres of land, containing some 140 distinct mammal species, 400 varieties of birds, and no less than 500 varieties of trees. The largest tree within the park is a silk – cotton tree, measuring in excess of 10 feet in diameter, and attaining a height over 230 feet.

The park features one of the largest populations of scarlet macaws in the country, making it an ideal birdwatcher’s paradise. Many of these incredible birds together with their brilliant colors can be observed in the sky resembling that of a rainbow.

For those that are not into bird watching can observe a variety of 116 different species of reptiles. The Fer-de-lance snake is one of the reptiles that a visitor might encounter; it’s thought to be one of the more aggressive of the reptiles. Quite possibly the most unique of species in the region is the glass frog making it one of the most photographed subjects among tourists. The frog features translucent skin; whenever set on a clear piece of glass, a person can actually observe the internal organs working.

A person could spend days watching the 140 mammals that inhabit Corcovado. You don’t have to look hard to spot jaguars, ocelots, monkeys, anteaters, sloth, and the armadillos. National Geographic calls it “the most biologically intense place on earth.”

But there is much more to explore in the Corcovado National Park than just simply the wildlife. If you prefer a little more adventure, the Salsipuedes Cave is certainly worth exploring. According to legend, the English explorer, Sir Francis Drake buried a portion of the treasure inside of the cave. Drake Bay which is located a little further north of Corcovado is the location where the explorer first set foot on shore in 1579. 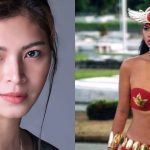 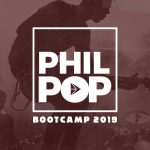