According to Russian Tennis Federation (RTF) President Shamil Tarpishchev, Maria Sharapova retired from her Wimbledon clash with Pauline Parmentier due to a left wrist injury and psychological unpreparedness.

The 32-year-old Russian tennis player retired after playing two hours and 16 minutes while trailing French Pauline Parmentier 4-6, 6-7 (4-7) 0-5 in their first-round match at the prestigious Wimbledon Championships in London.

After winning the game, The 33-year old Parmentier is set to face No. 30 seed Spanish Carla Suarez Navarro in the next round.

“Lacking practice in tournaments has told on her nervous system. She should have participated in three or four tournaments before Wimbledon in order to hit her stride,” Tarpishchev said.

Maria Yuryevna Sharapova; born April 19, 1987, is a Russian professional tennis player. A United States resident since 1994, Sharapova has competed on the WTA tour since 2001. She has been ranked world No. 1 in singles by the WTA on five separate occasions, for a total of 21 weeks.

Maria Sharapova is Russia’s most decorated tennis player having won a total of five Grand Slam tournaments namely: the Australian Open in 2008, the French Open in 2012 and 2014, Wimbledon in 2004 and the US Open in 2006.

Sharapova also bagged the silver medal in the 2012 Summer Olympics in London and was the 2008 Federations Cup champion.

In 2018, Sharapova participated in 11 tennis tournaments, including four Grand Slam competitions. Her 2018 best results were the semifinals of the tournaments in China’s Shenzhen and Italy’s capital city, Rome.

In 2011, Sharapova was engaged to Slovenian professional basketball player Sasha Vujacic, with whom she had been in a relationship since 2009. On August 31, 2012, Sharapova confirmed that the pair had ended the engagement and separated earlier that year. 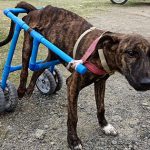 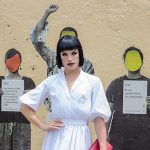