Dogs will always be a part of a man’s life. Being that they are loyal companions, we can always return the favor by treating them kindly as well. Some would try to adopt dogs in order to give them and there is one particular case wherein she can’t adopt any more dogs and she instead set up an “oasis for dogs” outside her pharmacy. There are also a few cases wherein dogs needed more than just food and shelter.

A post from the Facebook page Kalilangan Mps Pcr showed one example of a dog that needed extra help. Tiger, a stray dog, was given that name because of how the colors of her fur looked like. It was mentioned that she lost her ability to use her rear legs, but there was no mention of the cause. Because of this, the dog now can’t walk properly.

Pcpt. Patrick dela Cruz Castro, the acting Chief of Police of the Kalilangan Municipal Police Station then thought of a means of helping Tiger out so she can once again run. By using pieces of PVC pipe and wheels from a broken baby stroller, he was able to construct a makeshift wheelchair for her. Once the wheelchair was secure, Tiger was secured onto it using straps and pieces of rubber was used near the end to support her lower body.

Numerous pictures in the said post showed how the wheelchair was constructed and how it fitted Tiger afterwards. It was also clear in the pictures that the dog that can’t walk before is now able to catch up with others of her kind.

The post as received almost 2,000 reactions as of this writing, and netizens all commended the police captain for the act of kindness that he gave the dog. We hope that this can inspire others further in taking care of our loyal animal friends. 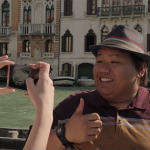 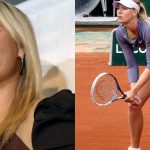