Manila, Philippines — Vice President Leni Robredo has paid a visit to the crew of the Philippine fishing boat rammed by a Chinese vessel off Recto Bank (Reed Bank) in the West Philippines Sea and provided financial assistance to the 22 fishermen.

Robredo, through her anti-poverty program Angat Buhay, handed out P50,000 each to the sunken boat crew.

The vice president was the highest government official who visited the crew of GemVer 1 after they survived the ramming incident last June 9.

In a statement, Piñol said that through their department’s Agricultural Credit Policy Council (ACPC), they will release at least Php 25,000 for each of the 22 fishermen under the Survival Response (SURE) Loan Program to “help them recover from their losses after the unfortunate incident.”

However, after the closed-door meeting between Pinol and the fishermen surrounded by full battle gear cops, Insigne changed his tune on about the incident.

Backtracking on his earlier assertion, he is now unsure if a Chinese ship intentionally sank their vessel in the West Philippine Sea.

Last Sunday, Vice President Leni Robredo voiced out her outrage over the sinking of the fishing boat by a Chinese ship.

“We condemn in the strongest possible terms the irresponsible actions of the Chinese crew involved in the incident, and express our most profound disappointment at the refusal of the Chinese government to acknowledge the culpability of those responsible for sinking the Philippine fishing vessel and abandoning its crew,” Robredo said.

“Those involved must be made accountable in accordance with the pertinent international treaties and Philippine laws,” she added. 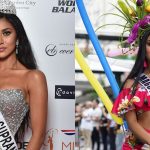 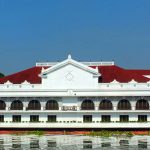