She was crowned as Bb. Pilipinas-International 2019 on Sunday night as well as becoming a lawyer in the early part of this year.

Patricia Bea Magtanong aka ‘Patch’ also bagged the Binibining Megawide and the Best in Swimsuit special awards in the pageant held at Araneta Coliseum.

In the question and answer portion, Bea was asked by Alorica Inc president Reinerio Borja “If you could have the opportunity to meet somebody globally influential, who would that be and why and why?”

She answered her idol Angelina Jolie because of her advocacies.

“I really idolize Angelina Jolie because she was blessed with not just a thriving career in Hollywood. But then as a woman, she was able to use that influence, that voice, and that audience, to advocate for the causes that she believed in, like breaking hunger with the UN. And someday, if given a chance, I would like to be just like her. Thank you,” Magtanong answered.

Earned her law degree from the University of the Philippines in Diliman, Quezon City, Magtanong passed the 2018 Bar Examination last May. She said she wants to promote the rights of prisoners.

In an interview with Inquirer before the coronation night, Magtanong said she found pageant training more difficult than preparing for the Bar examinations.

“No disrespect to the legal profession, but pageant training is tougher. First of all, every year there are around 1,800 new lawyers, but only six [beauty] titleholders,” Magtanong said.

She said the formula to succeed in law school is to study hard and get good grades “But in pageants, there are so many facets, so many aspects. I have to train and learn the different formula.” 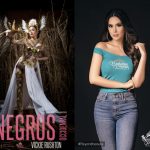 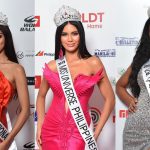