Cebu, Philippines – Stranger Things is one of the hit shows that has come from Netflix. Set in the 1980’s, the story first deals with the disappearance of one of the main characters, Will, and the appearance of Eleven, a girl with supernatural powers that both help them find Will and fight off the monster that captured him.

Stranger Things has gained a huge following after its first season alone and an even bigger fanbase after its second season. Fans are now waiting for its third season to be released and the show has inspired them to create things like cosplay and fan art.

Ken Hensly Rancho is a huge fan of the show and has been making fan art of it ever since season one back in 2016. Before that, he has been creating artwork of different kinds and has been posting them in his Facebook page and in Behance under the name “Kensuke Creations.”

The art he made caught the attention of the people from Netflix and he was asked, along with eighteen other artists, to draw how he interpreted one of the episodes of the show. He was asked to make an artwork based on the final episode of season one, “The Upside Down.”

In an interview with Cebu Daily News, Ken said he was just having fun with the fan art and it was his privilege to be asked to make an official art for Netflix. He also said he was so excited with the project that he kept working on it and was finished in just one week.

His art, “The Upside Down” can be seen both from his Behance page and was also uploaded in the official Stranger Things Facebook page.

We’re happy for him that his art was recognized this way and we hope he can create more art that is as wonderful as this.

Stranger Things season 3 will start streaming on Netflix on July 4. 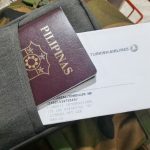 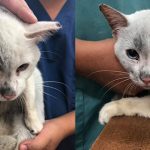