Manila, Philippines – Malacañang has declared Monday, July 15, 2019 as a special non-working holiday for certain areas in the Philippines.

From a news article made by The Manila Bulletin, Proclamation No. 763 declares that July 15 is a holiday for all regions that is part of the Cordillera Administrative Region, or CAR. This is in line for the celebration of the region’s 32nd founding anniversary.

“It is but fitting and proper that the people of the CAR be given full opportunity to celebrate and participate in the occasion with appropriate ceremonies,” the proclamation read.

The Cordillera Administrative Region was established on July 15, 1987, through Executive Order No. 220, which was signed by the late Corazon C. Aquino.

The regions that are part of the CAR are:

Proclamation No. 760 was also announced, stating that July 10 is a special non-working holiday for Sta. Rosa, Laguna, in celebration of their 15th cityhood anniversary.

Proclamation No. 761 declares that July 12 for Guihulngan, Negros Oriental for their charter anniversary. The original date was July 14, but it falls on a weekend

Mauban, Quezon will also have a special non-working holiday on July 15, in celebration of Araw ng Mauban, as per Proclamation No. 762.

If a day is declared as a special non-working holiday, all classes are to be suspended on that day, as well as other work and government offices would be closed. For any establishment that needs to be open on that day, companies are required to provide an additional 30% for the pay that they are supposed to get on that day. 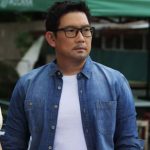