Manila, Philippines — History has been re-written to the Spanish art community and Joaquín María Herrer y Rodriguez, dubbed as the 19th century Master Painter in Spain.

Spanish painter who cultivated the landscape, painting costumbrista and specialized in interiors of churches and paintings of casacones. He was professor of drawing of the Institute of Second Teaching of Ciudad Real. He began his training at the Special School of Painting, Sculpture and Engraving of San Fernando in Madrid, where he was a pupil of Federico de Madrazo and Carlos Múgica.

He expanded his studies in Paris, thanks to a pension that was granted by the Diputación Provincial de Madrid. There he went to the Imperial School, where he was a student of the painter Gleyre and was part of the group of Spanish artists Mariano Fortuny, Martín Rico and Eduardo Zamacois. He traveled to Rome, city in which he remained a long season.

In the 1880s he returned to Spain and settled in Ciudad Real, where he taught.The holy water or the commenders of Santiago and Flores de Mayo , respectively. He also attended the Universal Exposition of Paris in 1867 and Franco-Española de Bayona in 1864. – Museo del Prado

After more than a hundred years, his family found his grave in La Loma Cemetery via Facebook post.

In 2014, a netizen posted photos of a neglected tomb in a Facebook group Manila Nostalgia. The tomb has a sculpture of a man with European features.

It turns out that Herrer, who arrived in Manila between 1893 and 1895, was a master and an award-winning painter and instructor. He was widely known for his landscape paintings and trained under Carlos Mugica and Federico de Madrazo.

Herrer was an art teacher in Escuela de Bellas Artes de Manila located on Calle San Sebastian in Quiapo, the old location of the University of the Philippines School of Fine Arts. He later became an instructor of the UP SFA and was the teacher of National Artist Fernando Amorsolo.

The artist exhibited some of his landscape paintings and still life drawings in Paris and Rome. Some were also shown at the Museo del Prado in Madrid, Spain.

The members of the Facebook group were baffled why the artist’s grave said that he died in 1917 while the Museo Nacional del Prado in Spain declares his death in 1892.

In a Facebook account of Historia de Las Españas – Peninsula, Islas y Virreinatos, a Facebook user by the name of Ronaldo Samson Adoptante shared how he connect Herrer to his descendants.

Adoptante also said why the death days of Herrer are not the same as he said “Herrer arrived in Manila in 1893 and probably didn’t get the chance to go back to Europe until his death in 1917 so the Prado website assumed that he died in the year that he disappeared because no one knew he went to the Philippines.”

Craving for clarification, Adoptante wrote on the Prado Museum website, detailing how Herrer’s remains were found in Manila.

Months later, he received a message from a man named Jozsef Palfavi from Budapest, Hungary saying they are the relatives of Herrer asking him for assistance to see their great-great grandfather.

Adoptante, who is based in London, was visiting Manila at the same time he received a message from Balazs Juhazs, the great-great-grandson of Herrer, that he was in Manila to look for the artist’s tomb.

“We found the tomb and after some photoshoots realised that the descendant has the SAME PROFILE like his ancestor,” Adoptante said.

He also said that Julazs, the great-great-grandson of Joaquin worked for some time in Makati without knowing that his ancestor was buried in Manila. 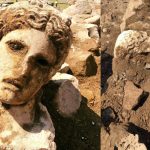 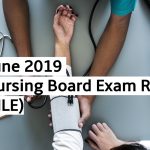