Manila, Philippines – The Philippine Overseas Employment Administration, or POEA, has just announced that Japan is looking into hiring Filipino caregivers.

According to a news post by The Manila Times, they are expecting that over 60,000 Filipino caregivers will be hired in the coming 5 years due to the increasing elderly population in Japan.

POEA administrator Bernard Olalia was quoted to say that Japan is predicting that they will have a labor shortage in the coming years because of the growing numbers of their elderly.

They have also mentioned that by next month, the Japanese government is going to open job orders for Specified Skill Worker Visa.

According to Olalia, there will be no placement fee nor an employment fee, and having any previous caregiver experience will not be a requirement.

They have noted a few basic qualifications for one to be eligible as a caregiver in Japan:

Since Japanese companies are needing caregivers, they are offering a monthly salary that can go as much as ¥ 200,000, or amounting to P 95,776.

One of the companies that are looking into hiring caregivers is the Cooperative Union Business Supply Aichi, or CUBSA. They have been working in the Philippines and has been assisting Filipinos with getting various job opportunities in Japan.

Currently, they are holding free seminars in preparation for hiring caregivers, and they are looking into hiring 1,000 applicants for now.

Olalia gave a reminder that for those who are interested, they should contact POEA directly or any legitimate recruitment centers. Visiting the official POEA website is recommended so one can view the list of available vacancies and avoid illegal recruiters.

Also read: SCAM ALERT: 3 Common Types of Scams You Should Be Aware Of 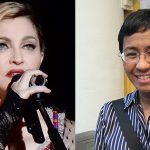 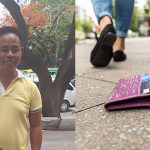