Dogs have been regarded as “man’s best friend.” Dog owners take care of their pets like how one would treat a baby: They are fed well, given proper shelter, and if they get sick, they are brought to animal clinics where professionals take care of them. Dog lovers would not allow anything bad to happen to their pets.

In a Facebook post in the Philippine Animal Welfare Society (PAWS) page, they showed that they filed an Animal Cruelty complaint onto Jonathan and Evangeline Galguerra.

Jonathan and Evangeline were first known online for being able to save five toy poodle puppies after their mother, named Bubbles, passed away. A lot of netizens commended them on that act.

It was then discovered that in order for the couple to save the puppies, they did a “do-it-yourself” operation on Bubbles using a kitchen knife and a pair of scissors without using anesthesia. The couple said that they did that after Bubbles passed away but it was also reported that the dog was still alive. They initially posted a picture in a Facebook group, and a live video regarding what happened, but they were condemned by the entire group because of it. The images and video were shortly removed from the social media platform

It was also then discovered that the couple was breeding dogs without proper permits and neither were trained veterinarians. There was also a post that Bubbles was being sold, tagged as “toy poodle preggy rush.” Netizens were upset with what happened and the “Justice for Mama Dog” petition was started.

PAWS’s executive director Anna Nieves Cabrera filed the complaint last June 20, 2019, for the Violation of the Animal Welfare Act (R.A. 8485) and a violation of R.A. 9268, or the Philippine Veterinary Medicine Act. Quoting from the statement made by PAWS, “By performing a surgical procedure themselves without being registered veterinary professionals and without using anesthesia, the Respondents not only maltreated and abused an animal by inflicting needless pain and causing its death, they also neglected to provide the animal ..and the puppies they delivered ..with the veterinary care demanded by the situation.”

Also read: The Morning Greeting Won’t Be the Same For Students of This Teacher 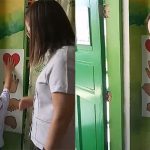 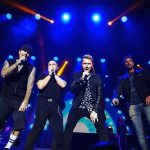